Freedom PE teacher Mike Belcaster is an inspiration. Words cannot describe the experience I had today, but I'm going to try my best so I can share Mike's story. 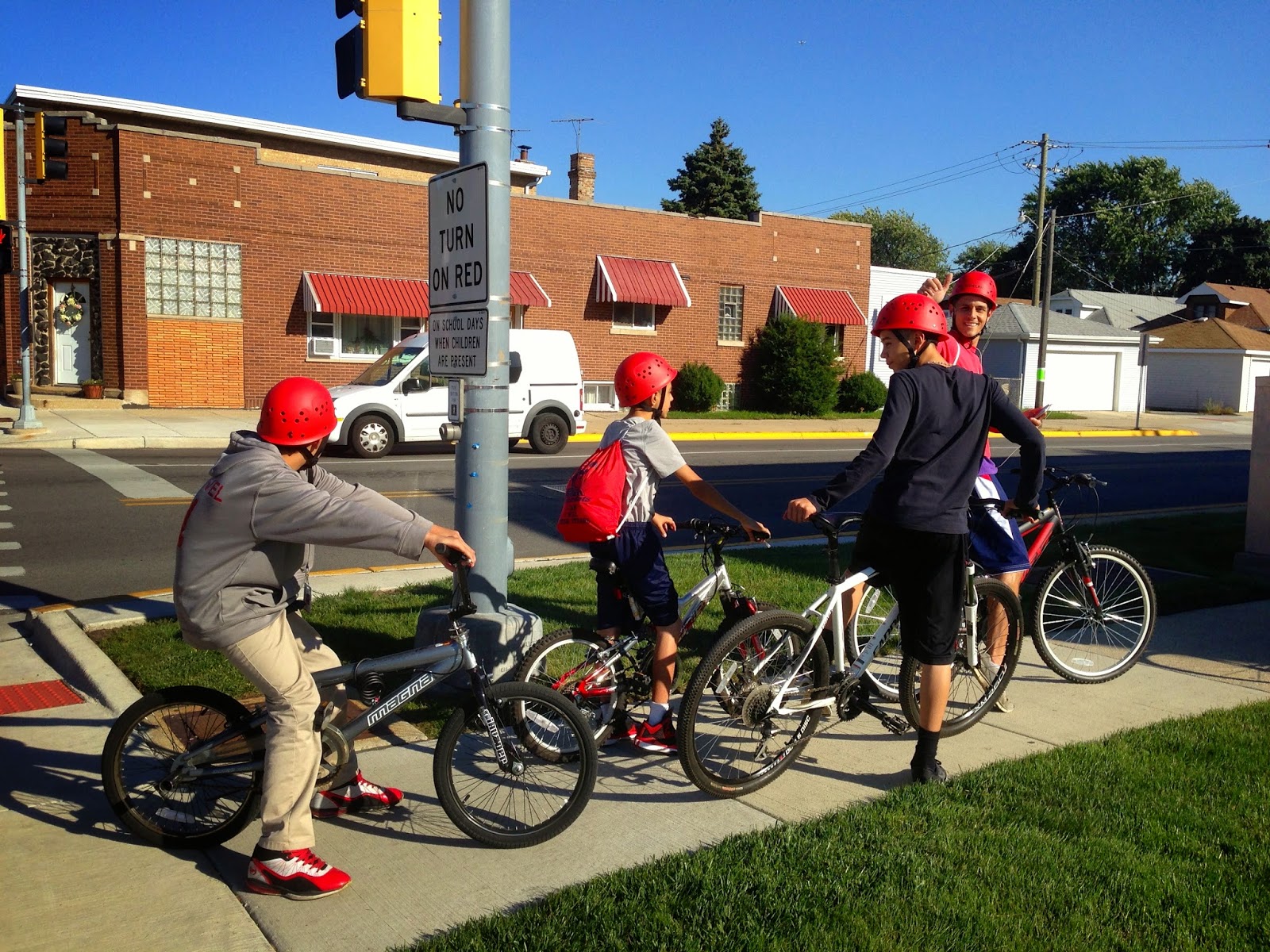 Last spring, Mike had an idea. He wanted to take his students on a bike ride through Berwyn, visit all 8 +South Berwyn 100 schools and +Morton West, record the whole trip on video, and put that video footage into an iMovie for his students to watch during PE class. Mike teaches a fitness based PE program where students learn more than just how to play a sport, he teaches them how to track their fitness, how to use weights and cardio equipment in a gym, and much more. His lucky enough to teach at +Freedom Middle School where they have access to such equipment, thanks to a grant from +OfficeMax and a partnership with +United Way.

He would have his students workout on the stationary bike and watch videos on YouTube of people riding through cites, pushing them to bike faster, up hill, etc. Mike thought to himself, I want my students to watch a video like this, but with video footage of Berwyn. He wanted the video to be more meaningful to his students, get them out into the community, and exercise outside of school too. He wanted to pursue his idea over the summer, but got locked up around logistics and a broken bike.

A few weeks ago, Apple showcased "Jason Hall, Organizing a Movement" in Detroit. The movement, sparked Mike's idea again and decided he was going to make this happen. Mike had exceptional support from his administration, +Jim Calabrese & +Lindsey Lahr, his Health & PE team +Lori Esser, +Celia Pravda, some colleagues +Lauren Krall, +Meagan Bushell, the Technology Director +James Kloss, and myself. This group, took out 5 students today after school on a bike ride. Mike prepped ahead of time using the Map My Ride App, and created a route for us to bike to 9 buildings. Meanwhile Assistant Principal Lindsey Lahr prepped the Go Pro, +James Kloss got the Drone ready, and we were off.

During our ride we saw the beautiful city of #Berwyn, we saw joggers, walkers, and (probably everyone's favorite) the fall athletics going on outside at +Morton West. "It was like a movie." Football players, cross country runners, tennis players, and more. The teachers saw old students; you could hear their excitement as they called out their names, "Ms. Lahr! Ms. Esser!" About an hour and 7 miles later, the 12 of us returned to Freedom School. Everyone had smiles on their faces. The students asked if they could do this again, and the ideas started pouring through our heads. Let's get others involved, let's do another ride with all staff, let's see if we can get the Mayor to record and introduction to our video we make... 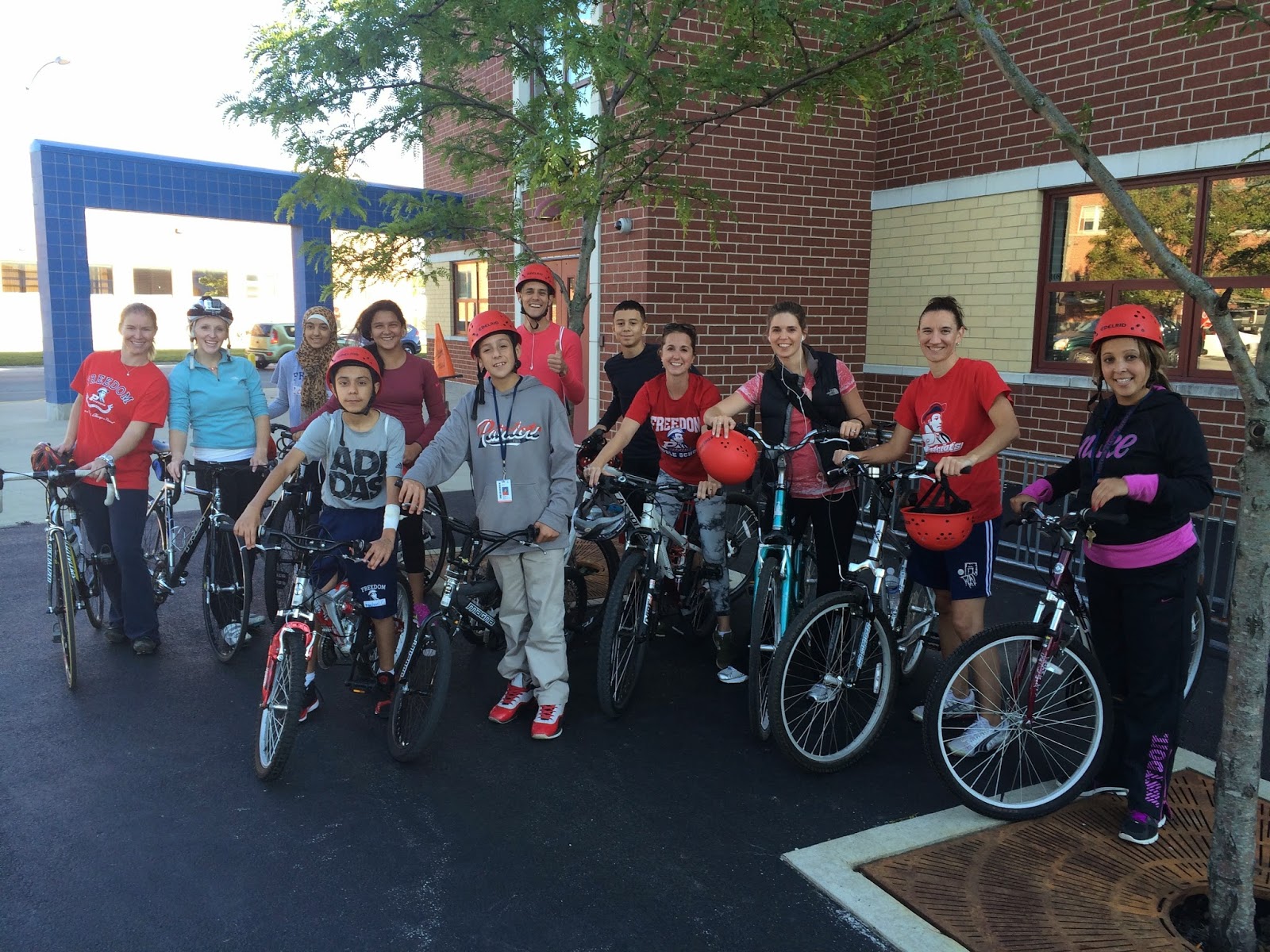 Mike purchased a new bike just yesterday, so he could ride it for today's ride. He is an inspiration. This "idea" is going to go much further than a movie, I just know it.
Posted by Unknown at 4:27 PM No comments:

Take your PLN Above the Line w/ a Twitter Chat!

I reluctantly joined Twitter in November 2011, which thank you +Raul Babolea for pushing me to get on! Similar to the typical tweeter just starting out, I didn't know what I was doing nor did I understand the "point" of writing a tweet. "What's with all the hashtags? My "Timeline" sure looks different than Facebook." I thought the myself.

I started following educators (or every tweeter my colleagues followed), sifting though tweets and composing some of my own tweets. I was using twitter as a Substitution to reading online articles or emails. My first tweet was when I was in Portland ME at Leveraging Leaning: The iPad in Primary Grades event where I first met Dr. Ruben Puentedura.  I don't know who my audience was as I didn't include a hashtag or an @. The only people that probably saw the tweet were my few followers & colleagues I was with at the time. However, it was a start and thankfully twitter allows you to go back and see your #firsttweet! 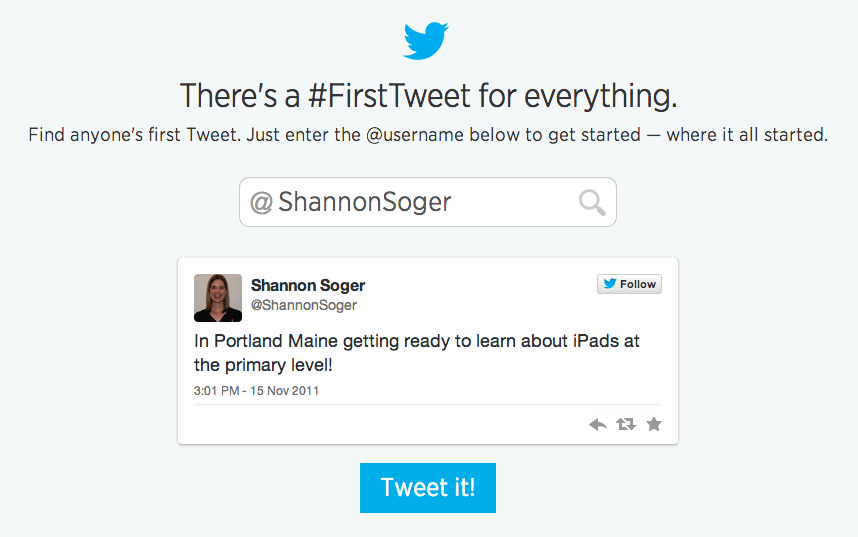 About a year later, I started using images in my tweets, after Scott Meech requested to see a t-shirt I was tweeting about. Oddly enough the tweet referenced #SAMR. I had taken twitter from the Substitution level up to the Augmentation level by adding pictures, links, and reaching out to educators (still mostly I had met) on Twitter.


My learning went above the line when I started using twitter at educational conferences like #iste2013 #ice14 #iplza14 #iste2014 & #ettsummit14. I used twitter to connect with educators that were going to the same conferences, attended their sessions, connected with them in person at the conference, encouraged others to follow them, and continued to connect with these tweeters after the conference. +Sue Gorman and I met at Apple Academy, I attended one of her #iste2013 sessions, and the following summer we were presenting together at #iplza14.


The above experiences brought my twitter presence to Modification.  My teaching and learning was significantly redesigned. On twitter, I was reaching out to educators, staying connected, planning conference proposals, and learning about other conferences from my followers. I would not have attended #iplza14 (let alone presented) if it weren't for +Sue Gorman & my PLN.

How did I bring my twitter usage to redefinition? Last night, I co-moderated my first twitter chat, #cmsk12chat with +Ashley Hurley on the topic-  Best Practices with #SAMR & #TPACK. Why is a twitter chat redefinition? First of all I met Ashley at #iste14 in the break room preparing for my poster session, "Above the Line Teaching & Learning." We were both trying to finish our presentations, but quickly distracted each other by "teacher talking" and sharing a few resources. #SAMR caught her eye, and I was talking about the Blended Ladder. We stayed in touch after ISTE, shared a few tweets, and #FF. Thanks Ashley! About a month ago Ashley DM'd me asking to co-moderate a twitter chat. I told her I had never even participated in a twitter chat from start to finish, but I wanted to give it a try! Ashley shared a Google Doc to familiarize myself how to be a moderator, line up the questions, etc.

On the day of the #cmsk12chat we collaborated via Google Messenger, assigned roles, and were ready to get started! During the chat we met teachers, technology integrationists, professors, researchers, and administrators from all parts of IL & NC, as well as someone from Oregon. We also connected with educators from TX, WI, and Canada whom I had met at previous conferences. Even #TPACK researcher +Matthew Koehler popped in and retweeted some tweets. Without the technology, we could not have had this amazing 1 hour discussion with educators from across the midwest. We learned from each other, shared experiences, and are now following each other through other social medias. On top of all that, it was FUN! I was beaming with energy when the chat ended, and I look forward to participating in more chats in the future. #abovetheline #twitterchats 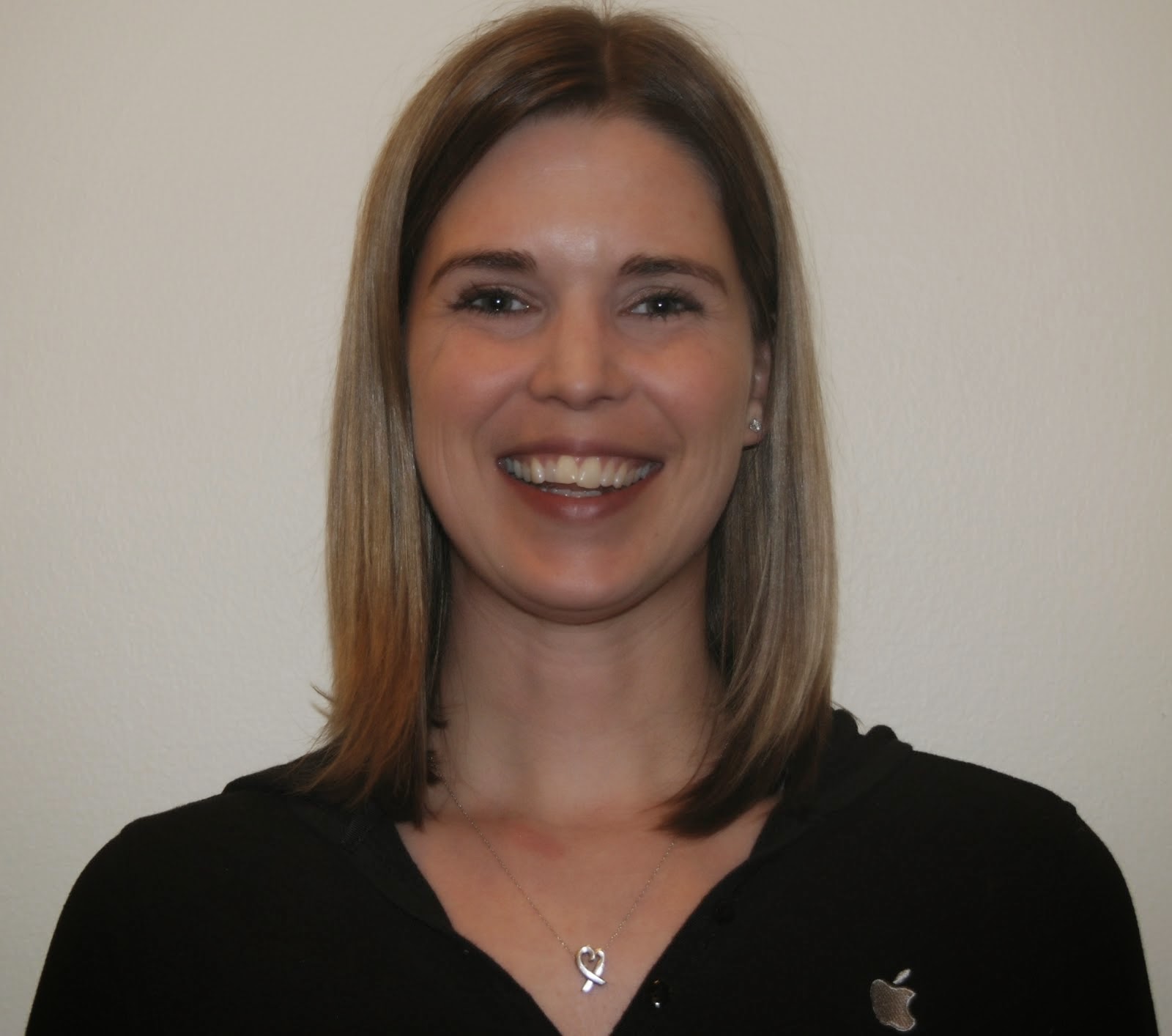